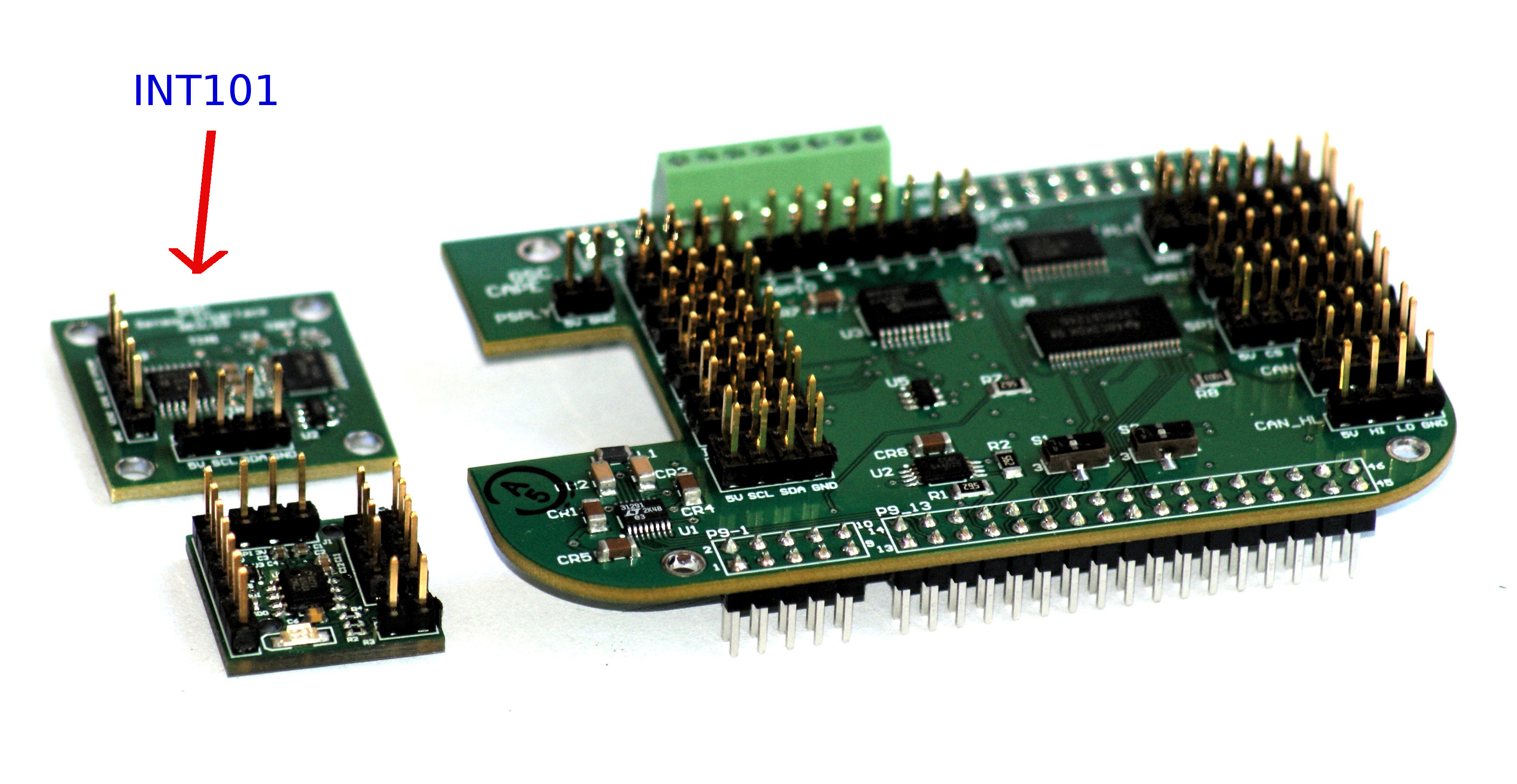 This sensor interface is based on TI's PGA309 Programmable Sensor Interface; this interface was intended to be used in applications having analog 4-20mA outputs. In the GSC INT101, it is configured to have a digital output based on the I2C standard. In addition, a multiplexer has been added at the front end to allow for bridge-based sensors that also have a temperature measurement RTD device. This is also used to allow for verifying connectivity and lack of shorts in real time. It also allows for easy checking of connectivity at start up, for calibrating zero, and for testing gain accuracy. The PGA309 has its own temperature measurement device. In addition, the GSC INT101 has an EPROM where default register values can be stored for containing configuration values and calibration values. Finally, a GPIO has also been included with two currently unused digital I/O signals available for custom applications. GSC can quickly customize the interface for a customer's particular needs and also help develop interface software based on modifying currently available software.